I had the blog post about Autocrating/Event Stewarding all ready in late November and then.... well. Quintavia Shire Yule happened to me, and just about everything that could go wrong did go wrong. So while I'll finish that post at a later date, I'm going to go over what happened (and how the issues were resolved)

Our Shire hosts a very informal Yule event each year. It's a potluck, donation-only, garb-optional event. It's a great time to encourage newcomers to come check us out and hang out informally with each other.

So in the early summer at a business meeting when asked if anyone would like to organize this event I volunteered. We've held the event at the same church for about 4 years that I have been to, and it runs relatively the same way each year. Should be easy.

The church where we hold it has a new admin who is in the office for a half day once a week. Emails were exchanged months beforehand reserving the space and requesting contracts. When running an event I very much like to drop off paperwork in person, but the admin insisted I send it by mail to the church's PO Box in town. So I went off to the Post Office near my work and dropped it off.

The Sunday before, after a business meeting where another event steward complained about having issues contacting said church for another event, I emailed her about getting into the space an hour earlier than we'd agreed and found out our contract and check had never arrived and she'd given the space away to a church member for a function. This was Wednesday morning. The event was on Saturday. 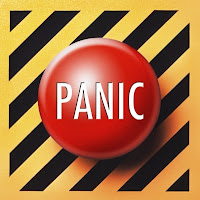 I had a moment of blinding panic and then starting making calls.

Thankfully, my protege sister Lady Simona bat Leon lives in a co-housing community with a large hall and commercial kitchen. She was able to get us in for a slightly shorter duration but it was free. Her neighbors are also geeky and made more space for us and moved their bi-weekly gaming session. It was only once I'd found a new site that I contacted our new Seneschal Mathias Grunewald and let him know about the changes. I also emailed our Exchequer to stop the check. This goes back to my philosophy of always having a solution when reporting a problem. Had it taken me longer to find a site I would have alerted my Seneschal at that point, but there is no sense inciting panic in more people if it's avoidable.

Then I set to work changing the Facebook events, emailing the lists, and updating the Shire Facebook. I had to wait until I was at a desktop to change the event announcement on the East Kingdom site. Our Chronicler changed the Quintavia website for me. But within two hours I had updated all media I had and let everyone know.

I celebrated with a Job Well Done Iced Caramel Macchiato.

I had also been working on site tokens for the event inspired by the lovely Morgan Donner. She had made woodcut paper crowns based of this painting:

Mine were faux woodcut because as much as I love my hobby I'm not investing $50 in block carving tools for a free event, instead I invested $2 in a couple felt tip pens.

I started out with a sketch:

I colored over the sketches with a basic felt tipped pen and included marks to make it look like mistakes in the carving and variations in the width of the lines. I made the panels fit on standard 8 1/2 by 11 paper with about a half inch overlap, 3 panels per page, alternating our Shire heraldry and a jewel. Then I used the magic of the photocopier and made about 50 of them.

I think they came out great and we had a great time coloring them and putting them on.


I also made little star ornaments for the occasion out of air dry clay with the help of my household member Lady Syele von Heidelberg and her amazing tiny cookie cutter collection. The star cutters were intended for bento boxes or fondant icing similar to these. The stamping was done with a cookie stamp kit.

We meant to make like.... 40. We made 100. Thankfully I only stamped them with the word "Yule" and not the year so we can use the additional ones next year. I may paint them, as the clay did not dry as white as I would have liked.

Oh yes, and of course during set up I locked my keys in my running vehicle while putting up signs and had to be rescued by the good people of the Berlin Police Dept. That was the icing on the cake. AND YET I would love to run this event again.

But it all turned out beautifully.

It was probably the best Yule we've had in years, we all sat and talked with each other and the shortened time meant we could all be there together. Lady Toi de Poisson outdid herself with the most amazing dessert, and she truly is a treasure.

So remember - whatever can go wrong, will go wrong. But you will survive it.
Posted by Fortune St Keyne