Peerages and relationships, or How I Became A Protege

To keep myself sane in the game we call the SCA I long ago co-opted the tag line from Who's Line is it Anyway? "The games are made up and the points don't matter".

My goal is to make the SCA better and to grow the Society, not to be up in someone's posterior trying to get a shiny object. Really, my ultimate objective it to be a Tyger of the East - to have made the East Kingdom better by my playing and to have forever changed it for the better.

How did I get here?

Please go read them in depth right now if you haven't. They are that good. I'll wait. I have snacks.

Rule 6: Having a Bad Day? Walk Away

Rule 7: Think Before You Speak

Rule 8: My Path is Not Your Path

In my opinion, striving to follow these rules will make you a better person, which in turn makes you a better SCAdian. And I'm all about transferable skills. Progress is slow, but it's happening.

Something I also try to keep myself to is if it comes out my highly opinionated mouth, I'm going to stand behind it. This goes hand in hand with Rules 1 & 7. It also cuts back on spreading gossip, am I expousing my opinion, or the opinion I've heard someone else express? I make it a rule that if I have a problem, I come up with at least one solution to present to the person who can solve it.

So, when before a meeting or at an event I am bad-mouthing expressing my desire for change and then I find out someone leading the meeting or class is of a different opinion I can follow up my opinion with reasons that are my own and examples. I don't like that rule or decision - here is why and how I think it should change. That way we're having a discussion instead of whining.

Example: A few years ago at a Harper's Retreat my group was assigned to a cabin that had a horror-movie level terrifying bathroom situation. Next door, there was an empty cabin that had a broken shower, a dirty bathroom, but could be lived in. The cabin on the other side of that was populated by friends, we discussed with them if we could use their showers if we changed cabins, and they agreed. So my next step was finding the autocrat. I explained what was happening, that the cabin we had been assigned to was uninhabitable, that we had checked out the empty cabin, and about our shower-sharing agreement and asked permission to move into the empty cabin. The autocrat agreed and we moved in and were happy the rest of the event.

We avoided adding an additional headache to an already stressful day for her. That's very important.

I try to get my household to work towards doing this every time we come up against an issue at an event. You identify the issue fully, you come up with at least one solution (preferably at least two), and then you go find the person in charge to work it out. And eventually, when you are the person in charge, you'll be able to better identify what potential problems may come up and have successful solutions.

﻿
Paths are a thing in the SCA. Don't try to tell me paths aren't a thing. They are, in my opinion, a good thing. To me a path is a goal, it's working towards making an aspect of your participation in the SCA better. I want to be a more helpful person - Pelican path. I want to have a better kit/persona/authentic meals - Laurel path. I want to win more when I fight - Chivalry/MoD track. They are not exclusive. They are not set in stone. SEE RULE 8 above.

I don't think you should have to collect all the awards in order to get there. If you're good enough to be a Laurel but don't have a Maunche, you should be a Laurel.

Now, I love sewing garb (hello... this blog), I am starting to love persona research, and I love to research portraits. That all screams Laurel-path, pursuing the arts and sciences, and becoming someone's apprentice.

Well, but I also love volunteering, making the Society better, and being a Chatelaine. That all screams Pelican-path, service, and becoming someone's protege.

One of the things I love best is teaching. And that's both.

A few years go, my friend Simona bat Leon and I were contemplating our roles in the SCA, we were more than newcomers, we had a couple accomplishments under our belts, but we could use direction. Well, we're in a service household: House Strangewayes, let's think about service, and brainstorm who we would want to be proteged to if it were to happen. We hit upon Master Dorio of the Oaks. He was local, he was someone we knew fairly well, and he would be a great guide to better service.

Simona, not being as into the garb thing as I and really feeling like she was drifting, approached Dorio about becoming his protege. They came to an agreement and she became his second protege. I thought then that avenue was closed to me. Simona and I often had to work at being recognized independently. This happens when you're besties, in the same hobby, and at the time we worked together. So I didn't think at the time being proteged to the same Pelican would help either of us. (Yes Fate, I see what you did there!)

Also, as in my dating life, I want to be asked, I don't want to be the one asking. It doesn't mean approaching someone is bad, just my preference. Yes, this is a lot like dating. You have to know the person well, be comfortable with them, and trust them to not abuse the relationship and hold up their end of the bargain.

Fast forward to this latest Pennsic. There are rumblings in my camp. All of a sudden many people are asking me about my thoughts on the paths and if I wanted to be an apprentice OR a protege and who I'd want. I love my friends, but you are subtle as bricks. So the fourth time I had this conversation was with Dorio, who was our camp master and is now also Baron Stonemarche, and he asks me if I would consider being his protege and not to tell him then, but a few weeks after at Harper's Retreat.

So, what else could I do but research?

I started by reading about other people's experiences. I read Protege Life, Ceara of the Midrealm's blog. Her journey is a lot newer than mine, which has helped me look at my experiences from a different angle.

I investigated other kingdoms. Master Hirsh from the West has very firm ideas on Peerage as an "honor and a responsibility, but it is not an award!" I read a great quote about protege belts on Master Hirsch's notes on goldenstag.net:


"When I give out a squire's belt (or an apprentice's, as the case may be), I tell everyone present that it is not a badge of rank, it is a symbol of the standards by which this person wishes to be judged, and an invitation to judge them by those standards.

This makes it a burden, not an award."

I spent a long time thinking about the decision, and really not talking to anyone about it. I didn't want to feel like I was choosing one path over another, I wanted both and I still want both. So I further talked with Dorio about this, he agreed to also try to match-make me with a Laurel, and support my creative pursuits, even if that meant breaking our relationship one day.

I also determined that Pelican or Laurel, I didn't want to be associated with one if they wouldn't be supportive of my efforts in the other.
So come Harper's Retreat we came to an agreement that I was a Protege-to-be, and at East Kingdom Coronation we solidified the relationship.
It was informal. No ceremony. No oath. Just a question and an answer. I received a beautiful book, a token and a quest to find a yellow belt alternative that I liked that would be distinctive. (Ha ha, that's what this post was supposed to be about, my quest for a yellow belt that fits with my persona) My new friend Catalina Doro happened to be there because we were nerding out about early 1500s Venetian gowns, which was awesome. As well as Bianca and Simona of my Household and Lady Anastasia of the Oaks, Dorio's wife, and an extremely talented narrow worker.
I've had more than one person express surprise over my not apprenticing. I feel I've just gotten a little bit further down this path first, and I'll get there eventually on the Laurel path.
Time will tell. 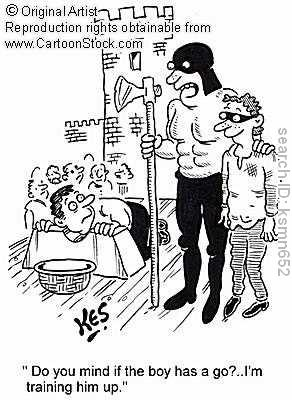